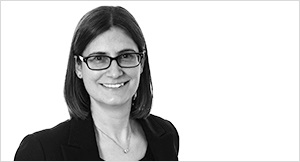 It’s a common misconception with divorcing couples that if one party can blame the other for the breakdown of the marriage then they will be entitled to a greater share of the assets.  This can often lead to arguments at an early stage about who will issue the divorce proceedings and what fact they will rely on, with one or both parties under the impression that this will somehow give them a tactical or financial advantage.  This is not true, but unfortunately in many cases this creates unnecessary conflict and can set the wrong tone at the start of the case.  Parties can lose sight of more important issues such as the best arrangements for their children.

It’s a sad quirk of English law that, even if both parties agree a divorce is for the best, unless they have been separated for at least two years, one party still has to notionally “blame” the other for the breakdown of the marriage to obtain a divorce.   As such, adultery or examples of “unreasonable behaviour”, need to be relied on to allow the court to grant a divorce.  With most couples choosing not to face the years of separation in limbo for a “blame free” divorce, adultery and unreasonable behaviour therefore account for the vast majority of divorce applications. Recognising the state of the law, courts usually adopt a pragmatic approach to the content of the application, allowing it to progress without too much scrutiny.  On that basis it is usual practice in order to reduce the prospect of acrimony to agree the document before it is issued at court.

Legislation was proposed back in the Family Law Act 1996 to allow couples to divorce by mutual agreement without having to attribute blame. Those regulations were never brought into force and were eventually repealed.  However, in recent years there has been a push to reform the antiquated English divorce law and introduce “no-fault” divorce.  The need for reform was emphasised by the case of Mr and Mrs Owens, a rare defended divorce, which reached the Supreme Court in 2018.  They had separated in early 2015.  Later that year she issued her divorce application on the basis of Mr Owens’ behaviour.  He successfully defended the case at trial and then on two appeals, arguing that the examples of his behaviour did not justify a divorce.   Mrs Owens was therefore denied a divorce and would have to wait until she had been separated from him for five years to apply for a divorce without his consent.

The campaign for divorce reform, championed by the family lawyers’ association Resolution, was successful, with the Divorce, Dissolution and Separation Act 2020 receiving Royal Assent on 25 June 2020.   It is expected to come into force later this year, thus ending the blame game.  Under the new laws, one party, or the couple jointly, will be able to apply for a divorce by making a statement of irretrievable breakdown.  Needless allegations of conduct will not be required.

The new laws represent a victory for common sense.  It will allow couples to formalise the end of their relationship in a dignified manner, remove any misconceptions about financial advantage, and allow them to focus on resolving the arrangements for their children and their future financial relationship.