A North Yorkshire couple are celebrating a multi-million pound judgment awarded against a York financial advisor for negligent advice.

In the High Court last week Mr Andrew Mohun-Smith and Mrs Kirsty Mohun-Smith walked away from Court with a judgment against TBO Investments Limited (TBO) in the total sum of £ 2,135,676. The last Annual Return lodged at Companies House on 10 August 2013 indicates that TBO was at that time and is still believed to be owned in part by Godfrey Bloom, the former UKIP MEP who is understood to own the majority of the shares in the company. TBO trades from Walker’s Byre, 10 The Menagerie, Escrick, York YO16 6ET.

“I relied upon the financial advisor to put in place investments for us that would provide a reliable and comfortable standard of living for the rest of our lives. However, to my complete horror, it has become clear that nearly all our money was placed in unregulated collective investment schemes which have been suspended with an almost complete loss of capital”.

Mr Mohun-Smith says that whenever he asked TBO’s director Mr Scott Robinson about the suspended funds, he was continually told that there were either pivotal court hearings taking place or that they were going to see progress at a real pace in order that the suspensions would be lifted. Further, Mr Robinson stated that the underlying funds involved continued to perform, which Mr Mohun-Smith says was not true.

Mr and Mrs Mohun-Smith have been engaged in a legal battle with their former financial advisors since January 2013.

The couple alleged that TBO and Mr Scott Robinson failed to carry out adequate fact-finding, to explain the risks of the investment and that no reasonably competent investment advisor would have recommended the investments to them.

TBO had legal representation through the majority of the proceedings until just days before the planned Trial when Scott Robinson indicated that he would be running the case himself. However, he failed to attend Court and attempted to rely upon a ‘sick note’ which the Judge dismissed.

A judgment was entered against TBO by His Honour Judge Seymour QC on 30 June 2014.

The couple were also able to secure an additional sum in damages of £75,000 as a result of TBO’s failure to accept a reasonable offer made to it to settle the claim.

Finally, orders were made for the couple’s costs to be paid including on an indemnity basis and an immediate interim payment of £30,000.

There has been no response from TBO, Mr Scott Robinson or Godfrey Bloom since the Trial.

“What annoys me the most is that both TBO and the main director Scott Robinson failed to make any monetary offer to settle the case or even to agree to a mediation. Instead, they conducted their case aggressively right up to a few weeks before the Trial and then did not even bother to attend. Scott Robinson sent a letter to the Court stating that he was unable to attend due to family stress. The Judge had none of it and the matter proceeded quite correctly in their absence”.

The couple hope that this will now be an end to the troubled company.

“This company and its advisor Scott Robinson must be stopped from giving financial advice to members of the public. They provide negligent and misleading advice. They do not seem to realise that they are playing not only with people’s money but their lives and it cannot continue”.

Jonathan Mortimer of Raworths Solicitors is now instructed by the couple to take enforcement action to ensure the judgment is paid. He says:

“We will be taking immediate steps to enforce the judgment which is likely to include a winding-up petition against TBO. Based upon the failure of the financial advisors to co-operate with the proceedings so far, it seems that only strong action will encourage them to face up to their obligations to Mr and Mrs Mohun-Smith”.

TBO Investments Limited was fined £28,000 by the Financial Services Authority in 2008 for a failure to explain the risks associated with investments to other clients and to keep proper records. Mr Mohun-Smith also has a finding by the Financial Ombudsman in his favour regarding inappropriate pension advice.

As head of a family farming business one would imagine you had already planned for succession by making a will, having a business structure in place and ensuring that the... 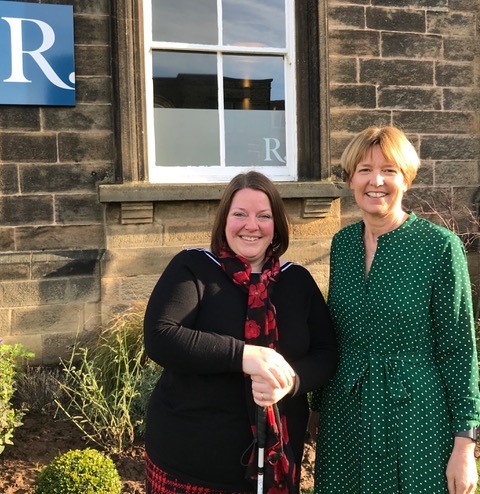 Raworths appoints Vision Support as Charity of the Year

Raworths Solicitors has nominated Vision Support Harrogate District as their Charity of the Year in 2020. Staff at the Solicitors firm voted to fundraise for the organisation which provides help...