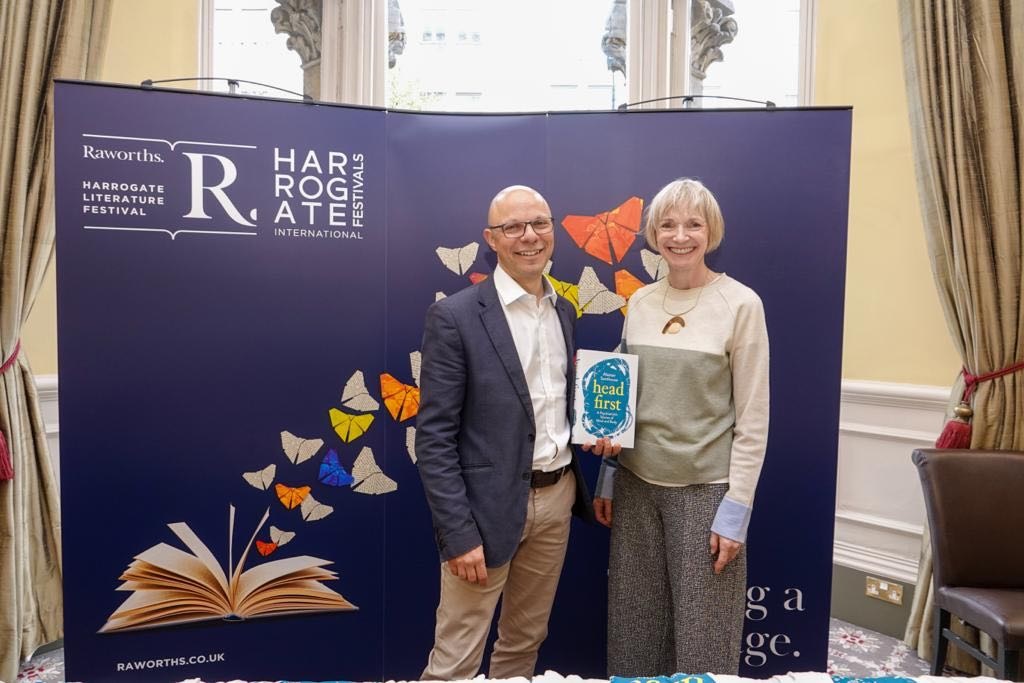 The return of Raworths Harrogate Literature Festival has delighted attendees and book lovers after last year’s event was forced to go online due to the pandemic.

The festival, which took place in late October, attracted an impressive calibre of inspirational authors and speakers over a period of four days.  Speaking about the festival Sharon Canavar, chief executive of Harrogate International Festivals which organises the event said:

“After a tough 18 months for everyone, what a fabulous weekend of literature, speakers and entertainment we have had at this year’s Raworths Harrogate Literature Festival.

“We had politicians, climate change experts, future trends analysts, and speakers from activities to ‘elves’, all of whom were part of this year’s Raworths Festival line up.”

In the run up to this year’s COP26 global UN climate summit in Glasgow, the festival also presented a special event called Climate Change – Code Red For Humanity featuring a panel of four renowned experts.

Zoe Robinson, managing partner at Raworths, said: “We are incredibly proud to have been able support Harrogate International Festivals in bringing this fantastic event to our town once again. The team’s agility and resilience last year ensured that a digital festival could take place, however it’s marvellous to have been able to participate in person once again.

“Our support of the festival is incredibly important to Raworths as part of our commitment to arts and culture in our local community. We hope everyone who attended took as much pleasure from it as we did.”

In the build up to this year’s festival, Harrogate also saw a ‘stop me and book one’ activity featuring a fleet of ‘projector bikes’ which lit up the town centre and the public could stop them and ask for a free book as they passed.

Throughout the festival, a spectacular sound and light installation was in place to celebrate Harrogate’s spa heritage and the 450th anniversary of the discovery of the waters that featured around The Crown Hotel and the Pump Rooms.