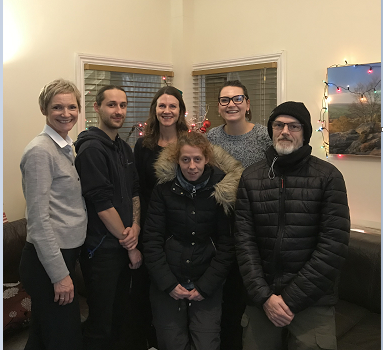 Raworths Solicitors has smashed its fundraising target by making a total donation to the Harrogate Homeless Project (HHP) of £6,000 following a two-year partnership with the local charity.

The firm, whose staff voted for HHP as their Charity of the Year in 2018, coordinated a varied programme of employee fundraising which saw the entire team get involved in activities. These included marathon entries, a team in the Great Bed Race, baking, styling events and street collections. Staff also volunteered their time to sell programmes and raffle tickets at Harrogate Symphony Orchestra concerts and the firm substituted Christmas gifts and cards with a donation to HHP.

Zoe Robinson, managing partner at Raworths speaking about the partnership: “The Harrogate Homeless Project was our chosen charity for two years and I’m really proud of the level of commitment everyone showed. It was felt to be very important that we supported a local cause and with an increasing prevalence of homelessness on our streets we all agreed HHP was a great choice.

“We’ve had a lot of fun and shared some pain- especially during the more active fundraising events! But overall we’re delighted to have smashed our fundraising target with a final donation of £6,000.”

Liz Hancock, managing director at Harrogate Homeless Project said: “Our thanks go to Raworths for their support during the last two years, this donation really will make a considerable difference to the lives of many people in the local area.”

Raworths are currently in the process of voting for their next Charity of the Year which will be announced in January 2020. Ambassadors in the local community, the firm is also committed to supporting local arts and culture and sponsor the Raworths Harrogate Literature Festival, the Harrogate Film Festival, the Harrogate Beer Festival and numerous other initiatives that are felt to benefit the local community.

The Harrogate Homeless Project is committed to helping homeless people gain the strategies, support and services that are needed to begin the difficult journey back to truly independent living. They run a homeless hostel in Harrogate, which houses 16 people and provides an emergency refuge for rough sleepers in accordance with the No Second Night Out scheme. They also run a day service called Springboard in the town centre, providing food, shower facilities, activities and one-on-one meetings with support workers that are designed to help homeless or formerly homeless people get the help and advice that they need.