Chambers High Net Worth Guide, one of the leading independent guides for the international private wealth market, has awarded Raworths Band 1 ranking (for the region York, Hull and surrounding area) in its new guide published on 22 July 2021.  In addition Raworths is recognised in the National Leaders (outside London) category for the first time.

Raworths’ Head of Trusts, Wills and Estates, Rachel Tunnicliffe, was also singled out as the only Band 1 ranked solicitor in the York, Hull and surrounding area in the category of private wealth law.

In addition, Partners Peter Greswold, Caroline Hedges, Alison Walker and Sam Jenner are all ranked in the newly published guide.  With all five Trusts, Wills and Estates partners recognised in the guide, the experienced team demonstrates its significant strength in depth.

The rankings are based on independent research by Chambers and cover the category of private wealth law.

Raworths’ Trusts, Wills and Estates team is one of the largest of its types in North Yorkshire.  The team is particularly recognised for its expertise in advising high net worth clients and is committed to delivering client service excellence to its increasingly sophisticated private client base.

Zoe Robinson, managing partner at Raworths said: “These rankings illustrate, once again the team’s extraordinary capacity to deliver the highest level of expertise and service.  The results are even more significant as they are based on independent client and market feedback and reiterates our approach which puts the client front and centre of everything.”

It’s an impressive accolade and cements the team’s reputation for excellence.”

Raworths Trusts, Wills and Estates team acts for clients across the region and the UK and assist with complex affairs including advising on business and agricultural assets, foreign assets, and charitable trusts.  Members of the team regularly act as trustees, attorneys and executors. 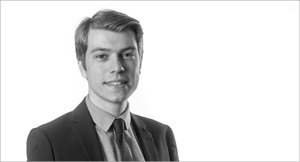 Although the UK is slowly returning to some degree of normality, significant backlogs caused by the COVID-19 pandemic continue to plague several key estate planning organisations. The importance of putting...