Harrogate Film Festival is bringing the cinema to you during the Coronavirus lockdown with its new scheme #StayAtHomeShorts starting Friday 24 April 2020 where they will publish a short film a day – for free.

Boasting a library of over 2000 short films from over 80 countries submitted since its inauguration in 2017, the Harrogate Film Festival will be releasing short films, with the filmmakers’ permission, via its Facebook, YouTube and website which will then be available to view for seven-days after publishing, free of charge. All films are between two and twenty minutes in length.

The Harrogate Film Festival will release a short biography, credit and age recommendation with each film, but they promise there will be content for “all the family” with Managing Director at the Festival, Adam Chandler saying: “Normally people come to the Festival to watch these brilliant short films each year and thanks to the fabulous filmmakers, they’re allowing us to bring short independent cinema to you, through this initiative, during lockdown, for free.”

“Raworths is extremely pleased to support the Harrogate Film Festival since its inception and to see it thrive and grow with each passing year. The calibre of entries in the popular Independent Filmmakers’ Competition is always particularly impressive.  #StayAtHomeShorts provides a great platform for a wider audience to view some of the short films made by budding filmmakers locally, nationally and internationally.”

The initiative begins on 24 April 2020 with films released at 1pm each day until further notice.  For more information, please follow this link:   https://www.harrogatefilm.co.uk/blog/stayathomeshorts 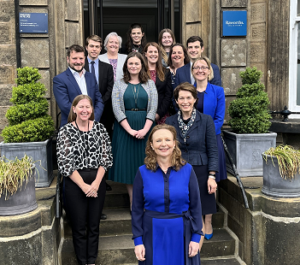 Raworths’ Trusts, Wills and Estates team is once again ranked Band 1 by Chambers High Net Worth Guide.  The publication is one of the leading guides to the international private...