Jonathan Mortimer, Head of Dispute Resolution at Raworths Solicitors in Harrogate, has been instructed by the WorldSpreads Action Group to pursue claims for investors against the company which has now been placed in administration.

WorldSpreads Limited, a well known spread-betting organisation, was placed in Special Administration in March 2012 when a £13m ‘black hole’ was found in its accounts leaving many hundreds of customers facing a considerable loss.  Spread-betting is a form of regulated gambling on the value of shares and other investments. Documents filed with the Court in support of the Special Administration Order reveal that clients were owed in the order of £30m which should have been held in separate client accounts but, in fact, the company’s total cash reserves were in the order of only £17 million when it went into insolvency.

‘It is a scandal that the company has effectively used client funds to keep its business going for the last few years.  Many individuals are now left with very reduced savings and investments and I am determined to do what we can to recover funds from those responsible for the downfall of the organisation.’

Nineteen investors have so far joined the Action Group with a combined loss of approximately £10m. The Financial Service Authority (FSA) and the City of London Police are understood to be investigating the collapse.

‘The collapse again raises concerns that financial companies are not separating client money from their working capital as they should and that the FSA should do more to ensure compliance.  We are presently exploring claims against the directors and accountants and attempting to recover what we can from the company via the Administrators. We have a number of investors from the Yorkshire region as well as nationally and if anyone has experienced a similar loss in relation to WorldSpreads, we would urge them to join the Action Group.’

Harrogate Film Festival is now available online with events, including the popular Independent Filmmakers Competition, available until 30 May 2021.  More information and details about how to book tickets is... 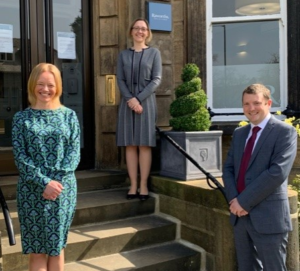