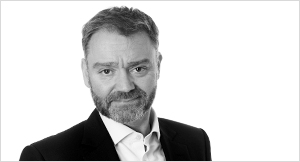 The changes to Entrepreneur’s Relief announced in the Autumn Statement have very real implications for SME owners. Whilst some of the uncertainty that surrounded the original statement has now been addressed in the proposed Finance Bill, there are still a number of consequences that business owners need to be aware of.

Entrepreneur’s relief effectively takes the capital gains tax rate for shareholders selling their shares down to 10% providing certain qualifying criteria are met. The changes announced back in October related to the qualifying criteria and in this article we look at some of the practical implications of those changes and the uncertainty they bring.

The practical implication of extending the qualifying period to 2 years is that business owners will now need to start thinking about the most appropriate and effective split of shares in their business at least 2 years ahead of any sale if they want to make changes that will benefit from the relief. Such changes could range from the transfer of existing shares to reflect a more appropriate division through to the granting of EMI options to incentivise employees in the lead up to any sale (the two-year qualifying period also applies from the date of grant of any EMI options).

The more controversial change was the 5% economic rights test. As originally proposed the change cast a cloud of uncertainty over how such a test would be applied and the consequent effect this would have on the availability of relief.  On a strict interpretation a whole host of matters could potentially lead to disqualification, from shares with different dividend rights (so called alphabet shares) which would mean the shares could receive less than 5% of any dividend declared, to preference shares that confer a capital preference on liquidation (common in private equity transactions), to the capital preferences often granted to EIS investors that sees them being able to recover their initial subscription value which will usually be more than the subscription value paid by original shareholders or managers through to ‘growth share’ designed to incentivise and reward employees or managers.

With the prevalence of the above structures in many SME businesses, the implications of the new test were considerable, potentially doubling the tax liability for many shareholders in SME businesses and effectively restricting the routes through which those businesses could raise capital or incentivise growth.

Thankfully lobbying by professional and industry bodies has borne some fruit and the Finance Bill (which received royal assent last week), expands on the 5% test so that it now has two limbs: i) 5% of profits available for distribution and assets on a winding up; or ii) on a sale, a beneficial entitlement to at least 5% of the proceeds available to the holders of ordinary shares.

This second limb will potentially address some of the issues raised by the original proposal. There are still issues to be aware of however.  The definition of what constitutes the ‘ordinary’ share capital becomes key, with the classification of preference shares as ordinary shares potentially having wide ranging consequences as to the availability of relief.

We would recommend two main courses of action for business owners:

In the meantime, planning well in advance for any possible exit is always advisable and is now even more relevant so as not to fall foul of the 2-year holding period.