Holiday Pay: misclassification of employment status and no break in a series of unlawful deductions 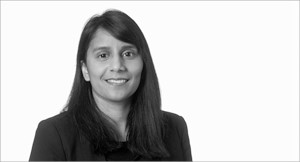 The impact of getting employment status wrong for your staff has never been more significant following the case of Smith v Pimlico Plumbers.

The Court of Appeal has:

Mr Smith worked as a plumbing and heating engineer for Pimlico Plumbers between August 2005 and May 2011. Pimlico Plumbers treated Mr Smith as a self-employed contractor. During his engagement Mr Smith took holiday but was not paid for it. On the termination of his engagement, Mr Smith challenged his employment status, claiming that he was in fact a worker with the right to receive paid holiday. The question of his employment status reached the Supreme Court where Mr Smith was found to be a worker and his case was then sent back to the employment tribunal to decide on the issue of holiday pay.

Under the Working Time Directive, workers have a right to four weeks’ paid holiday each leave year (commonly referred to as EU leave). The right to carry over EU leave where a worker had been denied the right to paid annual leave, was established in the case of King v Sash Window Workshop Ltd.

In the case of King, the ECJ held that a worker is entitled to be paid on termination for any periods of annual leave that have accrued during their engagement if they have been discouraged from taking that leave because it would have been unpaid. Using this rationale, Mr Smith claimed that he also had the right to carry over the right to paid holiday throughout his employment and this was payable on termination of his engagement.  The Court of Appeal agreed.  The Court of Appeal held that a worker who had taken unpaid leave, having been told they had no right to paid leave by their employer, was entitled to bring a claim for all unpaid leave for the whole period of their employment. They are also entitled to bring such a claim on the termination of their engagement. In other words, Mr Smith was allowed to claim holiday pay for the entire period of his engagement.

On a separate but related issue, the Court of Appeal was also asked to give an opinion on whether the principal established in the case of Bear v Scotland Ltd had been correctly decided. In the case of Bear it was held that where more than a gap of three months had elapsed between deductions, this would break a series of deductions and anything before the three month gap could no longer be claimed. The Court of Appeal gave a strong provisional view that this principal was incorrect and that a gap of more than three months would not break a series of deductions.

The impact of this decision for employers is significant because:

Employers would be wise to review the employment status of their self-employed contractors to ensure that they have correctly been classified as self-employed.

For those employers that can still rely on the two-year backstop for historic holiday pay claims, they need to be alive to the fact that it will now be more difficult to further limit liability by establishing a break of more than  three months between deductions following the strong provisional view expressed by the court.

To discuss the content on this article please contact Harjeet Nangla in our Employment Law team harjeet.nangla@raworths.co.uk

The information and any commentary contained in these articles is for general information purposes only and does not constitute legal advice.  If you have a particular issue you are advised to obtain specific, personal advice about your case or matter and not to rely on the information or comments in this article.