Will your Dress Code stand up to Scrutiny?

There’s an old joke in the employment law and HR world which goes something along the lines of, “Someone told me to dress for the job I wanted, not the job I do.  Now I’m sitting in a disciplinary hearing wearing my batman costume”.  Most of us don’t need to be told that dressing as a superhero is (in normal circumstances) unacceptable at work, but many employers do have dress codes that require formal business wear, prohibit wearing jewellery or insist that tattoos are covered.  Employers argue that such policies are necessary to ensure staff present a professional business image, or alternatively, for health and safety reasons.

What are the pitfalls of introducing a dress code?

Applying a dress code can result in unfair dismissal claims or claims of unlawful discrimination.  For example, forbidding the wearing of jewellery would prevent employees from wearing a cross.  This may conflict with their right to demonstrate their religious faith.  However, in certain types of work an employer may be able to argue that wearing jewellery is dangerous (perhaps it could get caught in machinery) and therefore justify their actions on the basis of protecting health and safety.

Highly publicised cases over recent years have shown that each case will be judged on its own merits.  An air hostess who raised a claim of discrimination against British Airways for banning her from wearing a cross won her claim.  At a similar time, another employee bringing the same claim against an NHS Trust lost her claim as the Trust argued wearing a crucifix on hospital wards raised health and safety concerns.

There is no specific legal protection against refusing to employ someone because they have a tattoo or visible body piercings. However, if you dismiss an existing employee they may succeed in a claim for unfair dismissal unless you can show that you have followed the correct procedures and acted reasonably.  Dismissing an employee or refusing to employ someone because they have tattoos or body piercings could also result in discrimination claims if the tattoo or body piercings relate to religious requirements or cultural norms.  Whether such a claim would succeed would again depend upon the reasoning behind any ban.

How can you avoid problems?

It is good practice to:

James Austin is a solicitor in the Employment Unit at Raworths. If you need any help on employment issues, contact Raworths, telephone 01423 566666 or visit our offices at Eton House, 89 Station Parade, Harrogate HG1 1HF. Alternatively you can email James – james.austin@raworths.co.uk 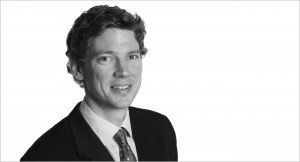