Unfortunately when relationships break down, both for married and non-married couples, this leads to a division of the parties’ jointly-owned assets and a restructuring of the time that any children spend with each parent. However, an all-too-often-overlooked issue is who keeps the family pets.

The legal position is that the pets are chattels i.e. belongings. This can be a very emotive issue as for many people family pets are so much more than a dog or a cat and are seen as a member of the family. Many people are shocked when they are separating and they are advised that their pets could be dealt with in the same way as any other possession and included for division along with the washing machine or dining room table.

However this is the reality; it is a common misconception that Molly the collie will be brought to court and called by both owners to see who she runs to, with those owners employing unhand hidden treat tactics! This simply doesn’t happen.

A leading animal charity has reported that as a result of relationships breaking down, many pets find themselves in re-homing centres.  Also the issue of who the pets will live with, whether they will spend time with the other party, what medical treatment they should have and who will cover their costs can be hotly disputed and this can lead to protracted and upsetting negotiations which could so easily be avoided.

In recent years there has been a marked upturn in people wanting to plan ahead in case their relationship breaks down and accordingly the number of couples entering into both Pre Nuptial and Post Nuptial agreements has increased significantly. It therefore follows that pet ownership or future pet ownership can be included into such agreements or, as an alternative, it is advisable to enter into a separate agreement which is a legal contract setting out the arrangements for the family pets in the event of separation. This can include issues such as ownership, contact, vets’ bills and breeding.

Such an agreement could lead to Court action being avoided, thus saving upset and money. It remains to be seen how the Courts in England and Wales will respond to such agreements as, at this time, there is no law in relation to pets. However it is likely that if such an agreement is a correctly-drafted contract and on the basis that it doesn’t interfere with or undermine any other legal agreement then a Pet Agreement is certainly something which the Court will seriously consider and this could reduce or eliminate any conflict and speed up the process of concluding matters in an amicable and proactive manner.

Joanna Broadhead is a Senior Associate at Raworths, a Chartered Legal Executive specialising in Family Law and a member of Resolution. To contact Raworths telephone 01423 566666 or visit our offices at Eton House, 89 Station Parade, Harrogate, HG1 1HF. Alternatively, you can email Jo at jo.broadhead@raworths.co.uk 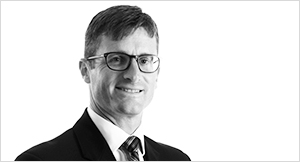 Shareholders’ agreements – what you need to know

Shareholders’ agreements are strongly recommend in closely held companies to regulate the affairs of the company and the relationship of the shareholders.  There are a number of provisions one would... 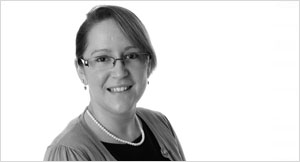 It frequently comes as a surprise to businesses who have put time and effort into creating a set of terms and conditions (T&C’s) to regulate their relationships with customers and...